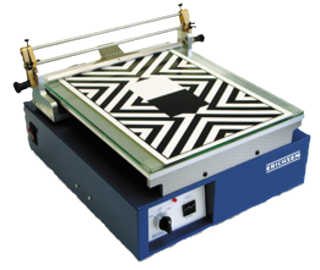 Driven film applicator for the application of coatings of an even and defined thickness onto different plane surfaces. 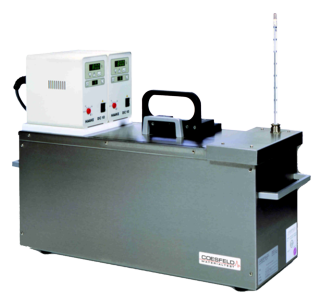